Vernon Motor Products began in 1949 by a gentleman, Murray Gee. In 1965 Mr. Gee passed the dealership down to his sons, Harvey and Doug Gee. With no successors interested in carrying on ownership of Vernon Motor Products, Harvey Gee sold the business to Lyn Bannister in August of 1990.

Lyn Bannister had owned and operated a Pontiac Buick GMC dealership in Barrhead, Alberta, a small farming community in Northern Alberta. With children interested in getting involved with the business Lyn and his wife Joanne decided to move to the Okanagan, a region they knew their children would want to come back to. 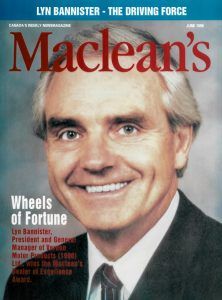 In 1996, after a committed 17 years to the automotive industry, Lyn Bannister was honoured the McLean's Dealer of Excellence Award in the province of British Columbia, recognizing the best new car dealers across Canada. "Lyn captured the Province of British Columbia Dealer of Excellence Award by outperforming in three important areas: business acumen, association involvement and community contribution."​

In the mid 2000's Lyn Bannister decided to take a "back seat" to the business and remains a valued mentor to his children, Mark, Chad and Mary-Jo. Lyn still remains active in the family business serving as Chair on the Advisory Board and is instrumental in the Family Council.

In 2018 Bannister GM Vernon was one of only 50 Dealers in Canada to get the most prestigious award from GM, the GM President Club Award. The GM President's Club Award is for excellence in customer satisfaction and dealership growth. Our dedicated staff and loyal customers are the reason for this award, we will continue to proudly serve our customers for their sales and service automotive needs. 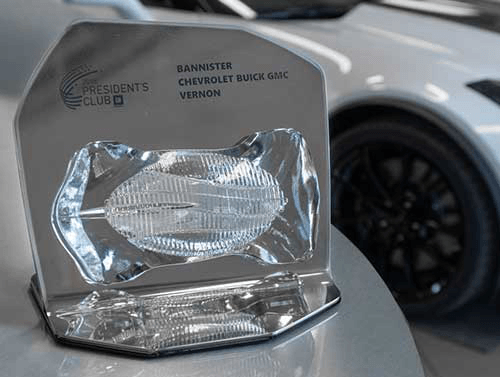